Get fresh music recommendations delivered to your inbox every Friday.
We've updated our Terms of Use. You can review the changes here.

Rain in to the Sea

by David Shultz and The Skyline 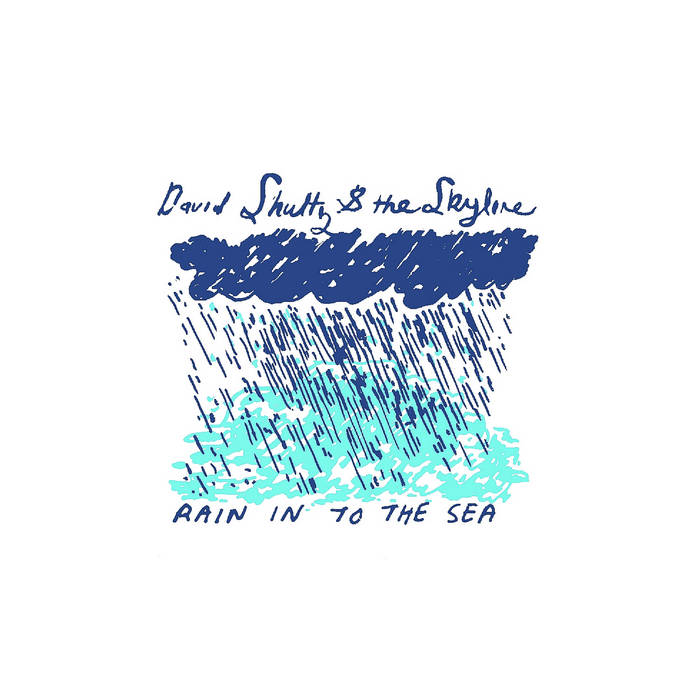 "I first saw David Shultz and the Skyline at a Paleface show held at The Camel in 2008. Shultz was in a stocking cap, bare feet and shook my hand when introduced. I told him I was on a steady diet of his Triple Stamp releases: the self-titled debut and the full-on Skyline collaboration: 'Sinner's Gold.' After our exchange the band took the stage and I stood slack-jawed as they tore it up.

That was around the time they began to usher in new material for the next record. At one point I remember trying to get in touch with David, and over the course of a week I only got a 'voicemail is full' message. I learned from Marcus that he was demoing songs in Maine at Great North Sound Society, with producer Sam Kassirer (Josh Ritter, Langhorne Slim, Eric McKeown). The Maine sessions would eventually include the entire band, and the recording of 'Rain in to the Sea,' the much-anticipated follow-up to 'Sinners Gold.'

The central focus of production on 'Rain in to the Sea' is the classic rock/pop aspect of The Skyline. Shaped in the hands of Kassirer, the band's sound is stretched out to make room for plenty of hooks, strategically placed lines of embellishment, and new elements-- most notably Kassirer's keys: pianos, organs, vibes, etc.

"Against Nothing" opens with a guitar tremelo build-up to a full band cast-off and hook in the crook of the neck and doesn't let go. Pop gems like "Hide Me" and "Fallen Tree" are prime examples of the acute pop sense of Kassirer, Shultz, and The Skyline. This sensibility, while underlining the entirety of the record, by no means confines it to one genre. This band has never been a one trick pony.

Pop songs make way for mid-tempo country gems like "Breaking Beauty" and "Give It Back," which in turn lead to the rocker: "Rain in to the Sea." "Wide Eyed" is a classic Skyline stop/start folk rock tune that gives nods to heavy hitting genre relatives: The Beau Brummels and ends with a guitar jangle straight out of The Byrds playbook. For the last two numbers, the band sits back and catches a breath with two of my favorite heart-breakers: "Birthday" and "Crazy Distances." The latter ends with a sublime instrumental that drives off into the sunset and leaves me staring after it.

What we're given with 'Rain in to The Sea' is a classic David Shultz & The Skyline album, complete with the mid-record pop-single masterpiece. In this case: "Down The Road."

In typical Shultz fashion the lyrics display poetic impressions with trademark water imagery. They stay in mind, build upon each other, and bleed together to create a kaleidoscope narrative:

"yes, your spine laid out crooked and calm/ a boardwalk for my palms/ against our love, a single pane, storm stained/ but still letting light shine bright on the table" (Breaking Beauty)

Patton's licks have never sounded more sure than on "Give it Back" and "Breaking Beauty." They perpetuate the country currents of 'Sinners Gold' with new smacks of swagger that hearken back to 'Honky Tonk Heroes' and 'San Quentin.'

Morton and Shrock fit together and hold it. The pair is ever the solid rhythm section, showing off their chops on "Against Nothing," the impressive "Fallen Tree," and the blitzkrieg "Rain in to the Sea." Syncing up perfectly with Kassirer's keys, they create an indomitable grounding force.

Consistent is the word that comes to mind when I think of David Shultz & The Skyline. Consistent songcraft, musicianship, and each record stands apart as a different exploration of the band's identity through refinement and redefinition. On 'Rain in to the Sea' Sam Kassirer focuses on the band's classic pop highlights and allows them to shine. He lends the Skyline the tools and know-how to manifest their singular creative vision for this record. Pursuing this vision while staying true to oneself is the sign of a great band."

- Jonathan Vassar, Richmond songwriter and label-mate. This review was posted on www.therichmondscene.com

Bandcamp Daily  your guide to the world of Bandcamp

Sampa The Great joins the show to discuss her release, "As Above, So Below".